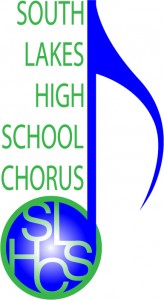 It has come to our attention that some current and former members of the PCA have voiced concerns regarding the charitable structures of the SingStrong silent auction, distributions, and, our involvement with SingStrong.  We take these concerns very seriously and have thoroughly investigated them.  We wanted to let you know the results of our audit, and the corresponding effects and results of this inquiry.

To summarize our findings, the concerns were based upon erroneous information concluded from an incomplete picture after a review of our books.  The Alzheimer’s Association’s National Capital Area Chapter has confirmed that they have received all of the monies intended since inception.  In fact, with the matching contributions, they have received well over $100,000 from the silent auctions.  Further, they were active in, and directly participated in the silent auctions for the past few years.  Many assertions were made that were found baseless upon review.  The PCA only processed credit card donations on behalf of the auction, so this inquiry was based on only a partial view of the donations.  All payments for auction items made via check were written directly to Alzheimer’s Association at the event and, thus, were not included in the formal books of the PCA.  We have spoken with both the National Office and the National Capital Area Chapter office to confirm this information.  In addition, the tag line for SingStrong clearly stated that all proceeds are to go to Alzheimer’s Association and LOCAL MUSIC PROGRAMS.  The PCA is a qualified 501(c)(3) organization that is in compliance and is able to receive such funds.

This year was interrupted in its planning causing serious  issues as a result of this concern being voiced to the powers that be in Fairfax County and even to the National Alzheimer’s Association.  The current board of the PCA worked tirelessly to do the following:

The positive result for the PCA and this event was a total commitment from your board and all of the volunteers (including your children) to get a partially snowed out event off the ground and turn it into a success.  It was the most attended SingStrong ever!  The event raised approximately $10,000 for the PCA to benefit our kids.  The Auction raised more than $12,000 for Cure Alzheimer’s Fund, and we have become a model for the contracting process to be used throughout the County for such events in the future.

The negative is that the Alzheimer’s Association in our area, in Chicago, and Nationally has lost a 20+ year relationship with a donor that, combined with our silent auctions, has contributed as much as $500,000 over that period.

The PCA Board and numerous people involved with this event have tried to be as open and transparent as possible to the community, which has not always been the case in the past.  We understand that this is about ALL of our kids and their music education. In keeping with our effort to remain transparent, we are putting the history of SingStrong out to the PCA as a link on our website as far back as we have information.

The net of all of this is that all monies associated with this event have been handled in different ways by different boards, but ABSOLUTELY NO MONEY IS MISSING OR INAPROPRIATELY DISTRIBUTED, and the charitable entities have received all funds as stated.

We, the entire PCA Board, are grateful to the community for supporting us, SingStrong, and choral education at South Lakes High School.  Should you have any questions or concerns, please let us know. 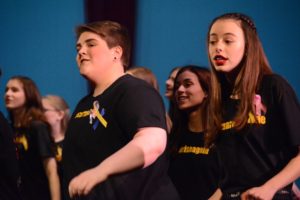