Join South Lakes Chorus' for the 16th annual Broadway Night with this year's production titled Screen and Stage featuring numbers from that have made the leap from Screen to Broadway Stage (and some in reverse) including songs from La La Land, Hamilton, Singin' in the Rain, Kinky Boots, and more....

Tickets must be purchased in advance online. Ticketing closes at 5 PM on Feb 27 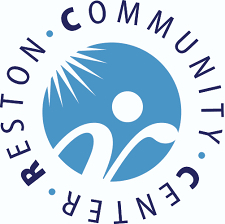 Broadway Night is made possible this year thanks to the generous support of the Reston Community Center.

We Are Pleased To Support The Actors Fund

Chorus is community. And with Broadway and live entertainment shut down due to covid, performers both on stage and behind the scenes are out of work. Our community is struggling. This is why we are honored to select The Actors Fund as our supporting charity for Broadway Night 2021.

Please make a donation in honor of Broadway Night through our donation page at https://www.justgiving.com/fundraising/broadway-night 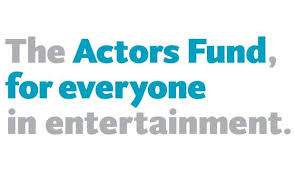 How will I get my ticket? Expand

Your "ticket" will be an email that will be sent on Feb 27 with a link to a web page with the live stream. Please add website@southlakeschours.org to your contacts to minimize the chances of the email ending up in your junk mail. Of course, be sure to check your junk mail too.

If you do not receive your email with your link, please email tickets@southlakeschorus.org for support.

Can I watch the show again? Expand

After the live stream has completed, we will be producing a video. We will post the video on the same webpage and it will be available for up to 60 days after the performance. You may watch as many times as you like.

Can I watch the show on my TV? Expand

If you have a Smart TV and can screencast to your TV (e.g. Chromecast, Roku or Apple TV) you can watch the performance on the TV.

We are exploring the option of having a private YouTube stream link available for the night of the show. If it is available, we will include that option in our email with the link to the webpage and will post it on the webpage with the live stream.

I want to buy a ticket but won't be able to watch the live stream. Expand

No worries. We will be posting the recording on the web page with the live stream and you can watch it at your convenience for up to 60 days after the performance.

I will be watching with my family. What livestream option should I buy? Expand

If you plan to watch with your family or a group, please purchase the Family/Group/Household Stream.

I'm a student or senior. Is there a discount for me? Expand

I want to watch and support the program, but I can't afford it. Expand

If you are having financial hardship and would like to purchase a ticket, please purchase the $10 Supporter ticket. If you cannot afford that, please email tickets@southlakeschorus.org for more information.

Can I share my link with other people so they can watch it? Expand

In most years we would have 3 performances that family members can attend which is more opportunities to sell tickets. Ticket sales cover approximately 50% of the cost of producing Broadway Night (performer fees, advertising, sponsors and donations cover the rest of the costs).

However, with the COVID friendly format of virtual performances and live stream performance we only have one opportunity to sell tickets.

Please respect the work that the performers, volunteers and booster organization have put into this project and don't share the link.

That was awesome! How do I support the program? Expand

We're glad you're excited about the show and the South Lakes High School Chorus Program. There are lots of ways you can support the program:

To purchase a Parent / Friends and Family Performer Shout-out Ad in the Broadway Night Program, click here. (BWN Live Streamed by Wednesday 2/3 by 5pm, and between 2/4 and 2/13 Digital Program Only)

To purchase a $10 One-liner for performers in the Broadway Night Program, click here. (BWN Live Streamed by Wednesday 2/3 by 5pm, and between 2/4 and 2/13 Digital Program Only)

To purchase a Candy Gram for your favorite performer, click here.